The repertoire of the Klaipėda State Musical Theater (KVMT) is attractive not only to the audience, but also to artists from all over the world who actively participate in auditions and become members of this collective, bringing their knowledge, experience and culture to Klaipėda.

As many as 37 artists work in the musical theater, whose native language is not Lithuanian, but they actively integrate not only into the international collective, but also the city community, discover a new culture and willingly share their own. Fifteen Ukrainians dance in the ballet troupe, one American, and the ballet tutor recently arrived from Poland. Fifteen foreigners, whose birthplace is Ukraine, Belarus, are playing in the orchestra, and they are constantly commuting from Liepaja (Latvia). Among the choristers, we have people from Poland, Chile, Iran, Ukraine.

The American woman is grateful to her helpful colleagues 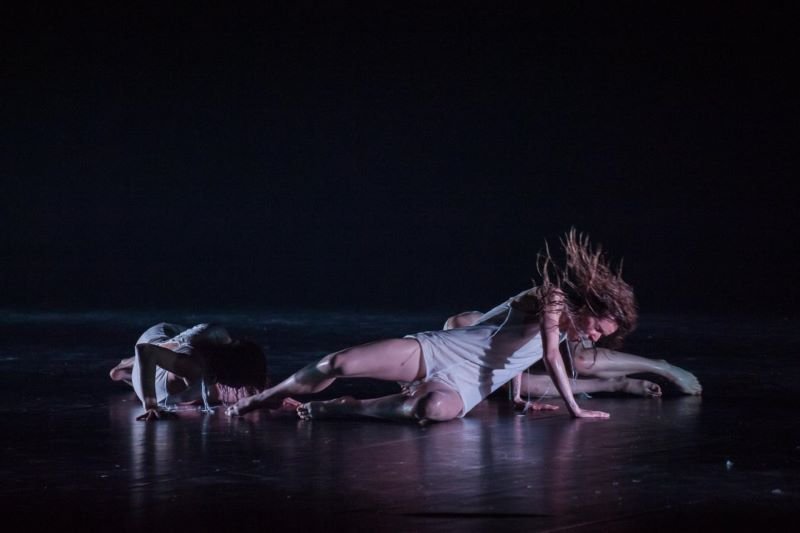 American Kirstin Zahradnick, who has been dancing in the KVMT ballet troupe for a year, says that the biggest difference between her home country and Lithuania is the attention to art and culture: “There are quite a few dance troupes in the United States, many of them do not receive government funding and have to survive on their own, find sponsors. In Europe, people support arts and culture more than they do in the United States. Due to the lack of demand in America, we cannot organize as many shows as in Lithuania, because Americans usually spend their free time watching sports competitions or simply relaxing outside, rather than watching dance or opera performances. What did I learn when I arrived? How to work together with people from different countries, how to communicate when there is a language barrier. In the US, most people speak English, but not here. So for native English speakers, that is the hardest part. I am very grateful for the opportunity to learn so many new things and I thank my colleagues who helpfully translate when they see that I am having a hard time. I wouldn’t have survived without their kindness!” 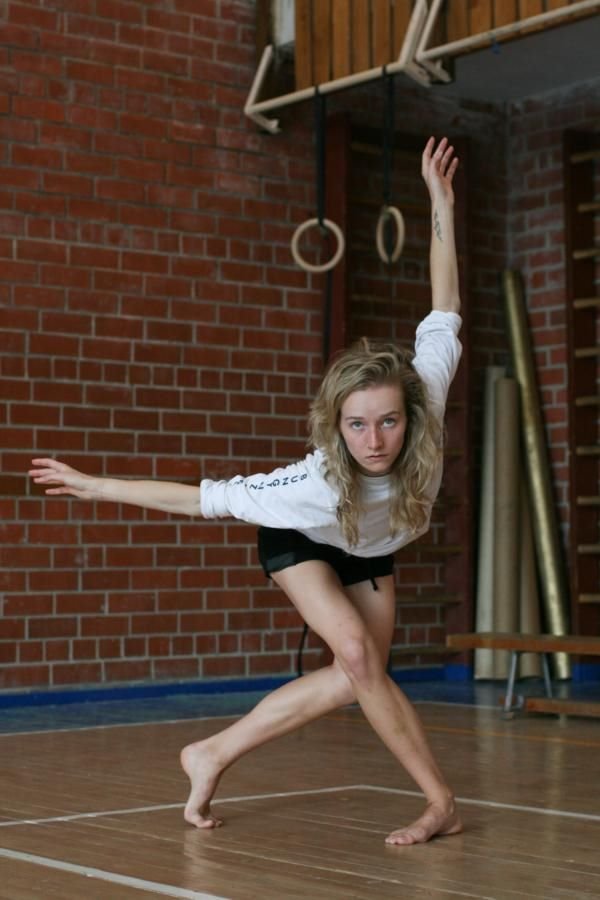 Ballet artist K. Zahradnick says that her family roots go back to Lithuania and Ukraine. “I was very nervous when I came to KVMT, because the ancestors of my family come from Lithuania and Ukraine, where many members of the ballet troupe come from. So since I came to Klaipėda, I have learned a lot about the culture I would live in if my family had not moved to the United States several generations ago. When I go home for the holidays, I always bring Lithuanian šakotis and Ukrainian “priyaniks” (cookies) to my family… As an American, what do people usually ask me? American culture is widely known in the world because of our movies and music, so I usually just confirm or deny whether everything in American movies is true or false. The funniest thing I heard from my boyfriend: “You brush your teeth like an American girl!” I didn’t know that Americans brush their teeth somehow differently. But most likely I clean them as shown in the movies (laughs )”.

The founder, owner and artistic director of the classical ballet school, Elizabeth Shipiatsky, brought five of her students from Denver (USA) to Klaipėda last August, but only three were lucky enough to work in the KVMT ballet troupe, and later only K. Zahradnick remained. “I was lucky to pass the audition and become a member of the KVMT ballet troupe. in 2020 I was supposed to go to Australia for work, but due to pandemic restrictions I couldn’t go. Fortunately, I work in Klaipėda. Working in different countries, traveling a lot is my old dream. I am happy, because from Lithuania I can travel a lot around Europe and get to know its cultural heritage”, K. Zahradnick is happy.

An Iranian sings and composes in Klaipėda

Musical theater choir artist Farshad Abbasabadi became a member of our team after passing several stages of a virtual audition during the pandemic. The Iranian, who created an opera and plays the Persian national wind instrument ney , enjoys living in Klaipėda and is eager to learn the Lithuanian language because he would like to create music based on Lithuanian poetry. Cultural exchange is very important to him, so the foreigner gladly participated in the “Music of Nations” theater concert, where he performed improvisations on the themes of Iranian songs while playing the ney . 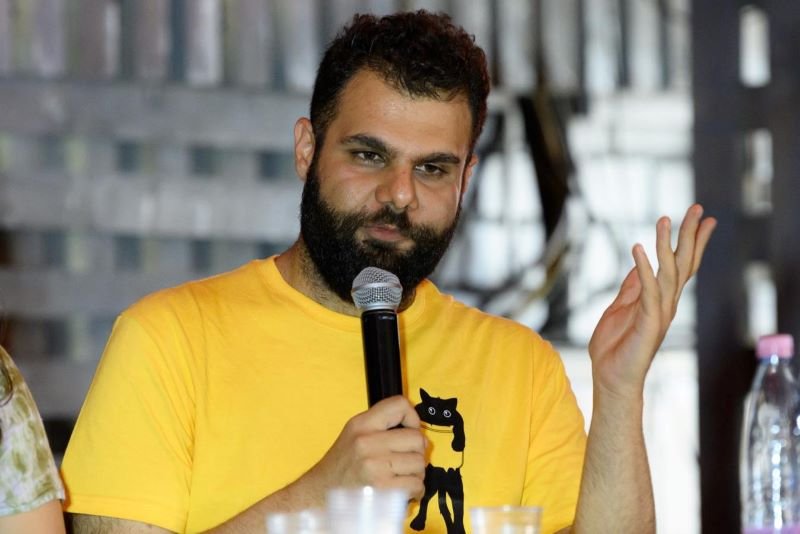 “I would like to stay in Klaipėda for a long time, especially now that I have found good friends here and realized how well-meaning the people around me are.” I want to sing and do some shows with my colleagues from theater and choir. I am preparing material for new works. I hope that maybe some of my pieces will be performed in Klaipėda, such as the piece for orchestra and choir called “Pandemic Panic”, which has been translated into various languages, including Lithuanian. It is difficult to talk about long-term plans: I would like to have more competences and become the best possible baritone soloist. However, I myself do not know what I will think of doing in the future. Sometimes I just like to improvise instead of planning,” says KVMT choir member F. Abbasabadi.

A Venezuelan girl’s dream is to sing in a choir

Indra Sofia Maria Nielsen, who sings in the theater choir, has German and Venezuelan citizenships. She moved to Lithuania from Chile, and she calls the profession of a choral artist ideal, even though it poses a lot of challenges. I. Nielsen’s biggest dream is to promote Latin American, and especially Venezuelan, music in Lithuania, and to present Lithuanian music in her native country. “It would be a wonderful exchange of creativity between the two cultures,” she says. The concert “Tautau muzika” organized by KVMT served well for this, where she presented the music of her homeland.

“While working in Chile, my musical activity almost stopped completely, because in three years I managed to participate in only one musical production. I knew I had to do something, move forward, if I wanted to sing. And the desire to sing has always been important to me. I found an advertisement for a job opportunity at KVMT on the Internet and decided to audition. I succeeded and I came to work in Klaipėda. I am glad that the grand production of R. Wagner’s opera “The Flying Dutchman” became the beginning of my work. During the first three months of work, I managed to sing or prepare for three performances – the opera “The Flying Dutchman”, the operetta “Orpheus in Hell” and the premiere of the comic opera “Pulko duktė”. Not all choirs are lucky enough to not only sing, but also act and dance on stage. I am sure that my former colleagues, academic friends would also like to sing in the Klaipėda State Musical Theater. It is no secret that Venezuela is currently facing a political, social and economic crisis. So, I urge everyone: take part in the auditions and you will definitely succeed!” – says the choir artist.